I wanted to write a blog about what I have learned about failure by the brilliant Coach Brooke Castillo. All credit for the following goes to her, but it has been life changing for me so I wanted to share it.

We are often taught as children to give up too easily. In school we are praised for results. Getting an A in a maths test means we are ‘good at maths’ we are rewarded for getting everything right. What happens if we get an F? We use the F to mean we are ‘not good at maths.’ This is embarrassing and we give up. This is the exact opposite of how to get success. We have to fail our way to success.

What if getting an F at maths was not the end but it was the beginning? What if it’s a chance to figure out what we don’t know and work on it?

Later on in school, if we are failing at a subject, we are encouraged to drop it instead of working out how to improve. People who get A’s easily can also be affected, because as soon as something is hard and there is failure it takes them outside of their comfort zone at being good at everything. They too can give up or be scared of failing.

Getting out of our comfort zone and failing more is uncomfortable at first. However, it is crucial for growth and development which is vital to all living things.

As part of coaching ourselves and others we can learn to overcome our failures, increase them, tolerate them. By failing more you have to figure out how to get the job done. How? – by doing it! Anything new needs to be done by learning by doing, again and again and again. This means lots of failure.

Sometimes we are defeated before we even start. Our energy and motivation are low. When we want to fail for our development, our energy, our motivation increases ten-fold. We want to do the thing, even if we fail.

Failing ahead of time, not doing anything, leads to stagnation. As Brooke would say 'Increase your failure tolerance but decrease your stagnation tolerance! What would you be willing to do if you could fail more?'

A key skill is to separate yourself from your actions and results. You are the watcher, the observer and creator of your actions and results – but you are the part of you that isn’t affected by any of it. Failure is just information, don’t use your failure to criticize yourself, don’t use it to put yourself down. Failure is just data, thoughts are just thoughts, completely independent of who you are.

Until we interpret failure as an emotion, it’s just data. Try that thing – if it works, fine, keep doing it. If it doesn’t, try something different until it works. Keep going until you get a yes. SIMPLE

This is a self-correcting process. Low failure tolerance is when we make it mean something negative about us; we create the emotion with our mind.

Confidence and capability comes with being able to feel any emotion without fear of that emotion. Experiencing a pile of failures is evidence that we are willing to be uncomfortable.

Failure doesn’t mean that you throw caution to the wind. Learn to do the best version of what you do and learn from it; keep doing it, even when you don’t want to. Be willing to put yourself out there, continually improving it until it works is what creates success. This process gives you knowledge, strength and results.

A lot of people want the result without the process. What is the point of your life if success is just handed out to you? The harder it is, the strong you get. The rewards are larger the longer and harder it was. Are you willing to get an F six times before you get a B?

If you only take the classes you get an A in you will never stretch and grow. Fail in order to succeed. 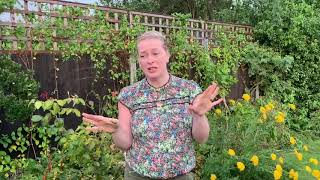 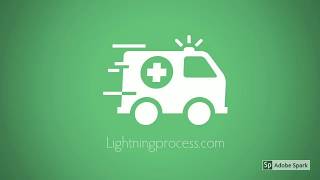 What is The Lightning Process?